NETFLIX AND ADOBE HAVE LEFT HOLLYWOOD


The Great Untold is a partnership between Netflix and Adobe centered around finding a new generation of filmmakers far far away from the industry to elevate untold stories. To find these talents we launched a film competition on TikTok with a simple ask: create a movie trailer of an untold story set in your world. The winners would get the chance to realise their idea into a real short film, fully produced with the tools, talent and support of Adobe and Netflix.


The competition recieved 16 000 submission and over 600 000 000 views. Three winners were chosen, each received a grant of $10,000 US and were assigned an industry vet as a mentor to help them make their first film. 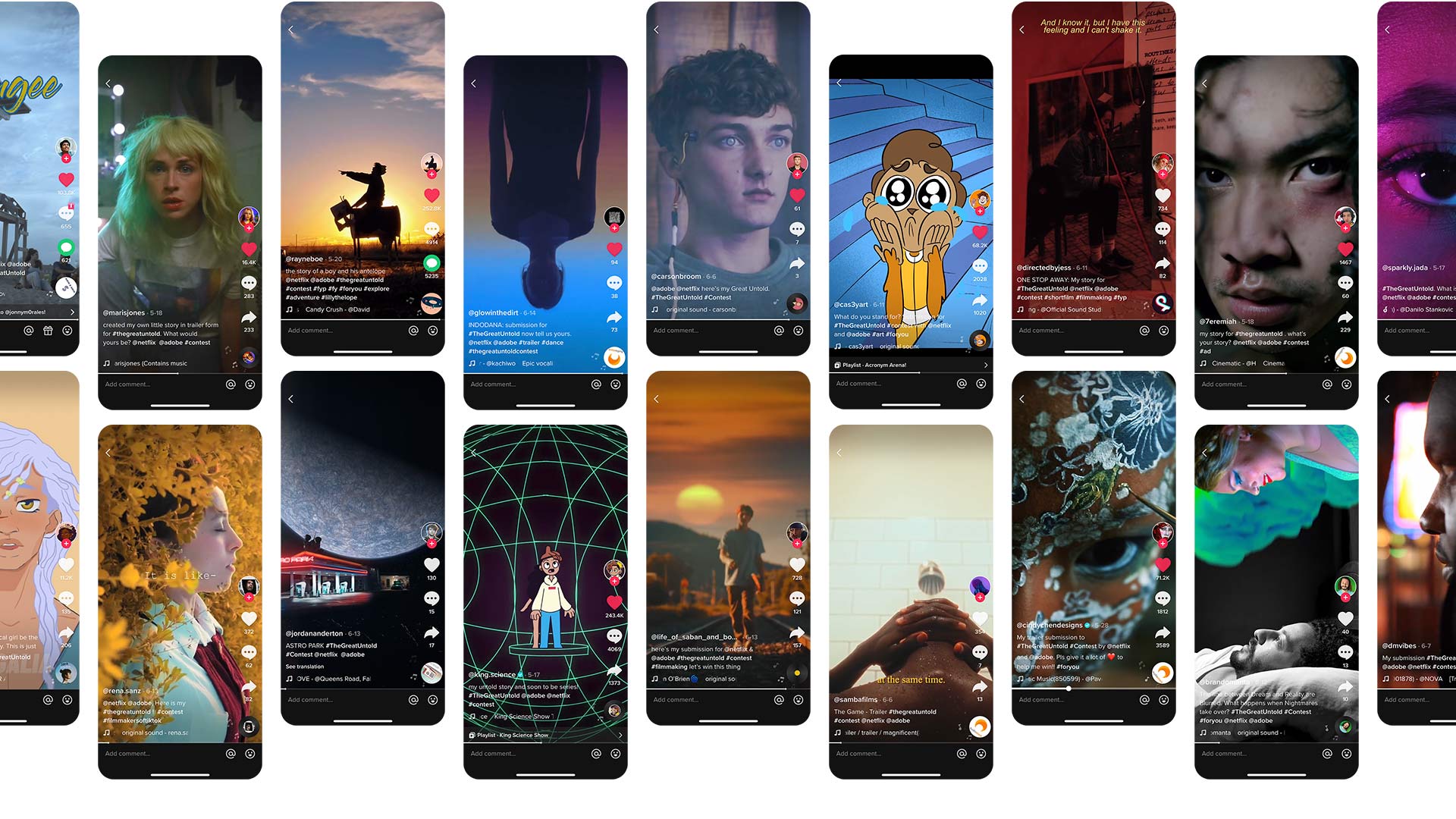 
The Great Untold is currently being developed into a documentary series following the selected first-time filmmakers experiences of making their debut.